Research into finding a herpes vaccine has been conducted for decades by various organizations and scientists with little positive results, that is until recently.  Over roughly the past ten years, several advances in developing herpes’ treatments and cures have been made, a few of which show positive results.  These developments offer great hope and optimism for people suffering from herpes and potentially could lead to a cure within the next several years.

One of the more promising and groundbreaking developments in recent years was the world’s first proven effective genital herpes vaccine, GEN-003, under development and clinical trial testing by Genocea Biosciences, a biosciences company developing therapeutics at the forefront of the T-cell revolution.

In its clinical trials, the GEN-003 subunit vaccine helped control herpes HSV-2 outbreaks by reducing the number of sores and blisters by 43 to 69 percent, depending on the dosage.  It has also been shown to reduce viral shedding by 55 percent.  In its latest Phase II clinical trials, GEN-003’s testing results on a sample of a few hundred human volunteers who were infected with the herpes HSV-2 virus has shown moderately effective results.

GEN-003 is not a preventative vaccine for the HSV-2 virus.  Rather it is a therapeutic vaccine developed for people who have already been infected with the virus.  Since people carrying the HSV-2 virus are most contagious right before an outbreak, during an outbreak and while shedding, the GEN-003 vaccine would have a great impact on reducing and preventing the transmission of the virus to others.

Zeena Nawas, M.D., a research fellow at Houston’s Center for Clinical Studies, said, “GEN-003 is a promising vaccine.  If it gets approved, it would be the first therapeutic vaccine for genital herpes or any other infectious disease.”

The next and final stage for GEN-003 is to move into Phase III of its clinical trials where it will be tested on a much larger population sample.

Even more recently some preliminary and very promising results have come out of Rational Vaccines (RVx), a biotechnology startup company founded in 2015 and focused on herpes research.  The company has been researching live-attenuated vaccines for both oral herpes, the HSV-1 virus, and genital herpes, the HSV-2 virus.  Initial results suggest that these two new vaccines may be as much as one hundred times more effective than the GEN-003 vaccine.

Based on twenty years of research and pre-clinical studies, the effort has been led by the company’s Chief Science Officer, William Halford, Ph.D.  Dr. Halford is an Associate Professor at Southern Illinois University’s School of Medicine and a virology and immunology expert.  He has undertaken an innovative new approach to herpes research by developing a new line of rationally-engineered live herpes mutant vaccines named Theravax, a therapeutic vaccine, and Profavax, a preventative vaccine.  These vaccines have the potential to safely and effectively cure and prevent the spread of the herpes simplex viruses, HSV-1 and HSV-2.

What makes this research unique is that it focuses on antigenic breadth or the degree to which the vaccines resemble the outer coating of the naturally occurring herpes virus.  Halford’s research is centered around finding the closest match possible, which in turn will result in the most robust immune response to the viruses.

The Theravax therapeutic vaccine has completed early stages of its Phase I safety study and initial results are just emerging.  In its first small-sample sized human study, the primary purpose was to evaluate how the participants with the HSV-2 virus tolerated the live vaccine.  Data on the safety and efficacy of the vaccine was also gathered and preliminary results are overwhelmingly positive.  A complete analysis of the blood antibody responses and self-reported changes in symptoms is an ongoing effort and will not be available for many months.  Phase I clinical trials for Theravax will continue on small sample sizes from around the world.

While Dr. Halford’s research is still a work in progress and in the early stages of FDA approval, there are very promising results so far.  Knowing that testing of viral or bacterial infections in mice is generally very predictive of the efficacy in people, Halford’s vaccines perform very well in clinical trials with mice, with 114 out of 115 mice surviving an HSV-2 infection after being inoculated.  The Phase I preliminary results on people for Theravax, as well as other indications show great promise for these two vaccines.

More details will be released by Rational Vaccines in the coming months.  However, given these encouraging early results, a cure for herpes could become available within the next few years. 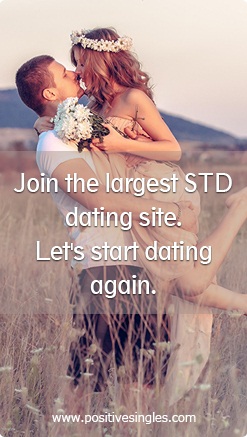